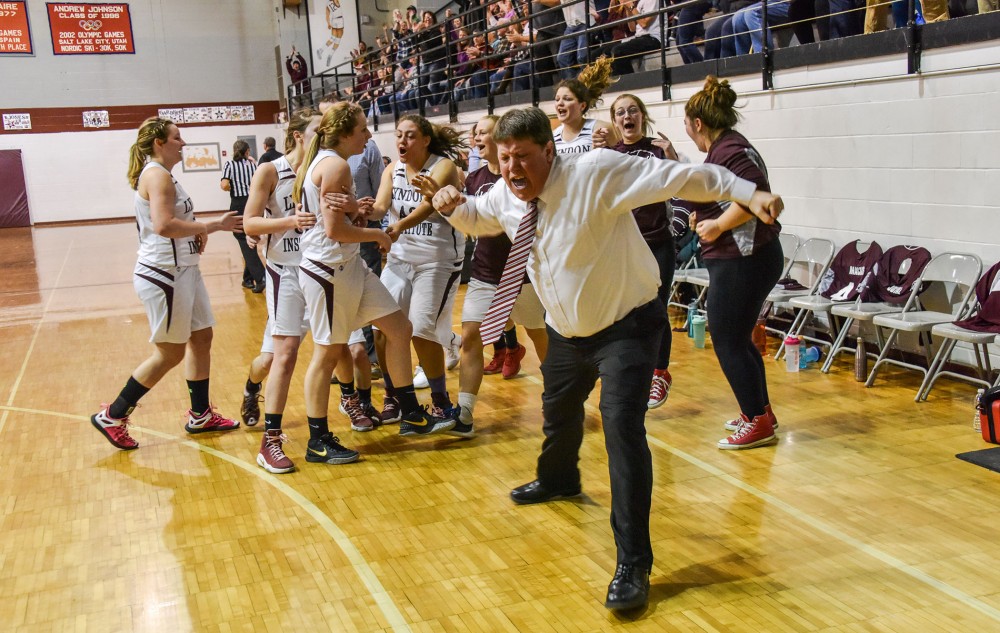 Lyndon Institute is pleased to announce that Eric Berry, director of athletics and activities, will return to his previous role as head coach of LI’s varsity girl’s basketball program. His appointment comes following the resignation of former Head Coach Ben Arsenault, now director of the women’s basketball program at Northern Vermont University - Lyndon.
"I'm looking forward to getting back in the game. I've missed the practice planning, game prep, and strategy, as well as the camaraderie with the players," said Berry.

Berry’s extensive 30-year career in athletics began as a student at Lyndon Institute, where he lettered in varsity football, basketball, and baseball before graduating in 1985.  He went on to attend Lyndon State College and received a B.S. in Interdisciplinary Communications and Physical Education in 1990.

From 1990 to 2006, he served as assistant director of admissions for LSC, head coach of the Lyndon State College men’s basketball team, head coach of the LI boy’s varsity basketball team, and sports director for the radio station WGMT, Magic 97.7 FM.  He served as director of recreation for the town of St. Johnsbury from 2002-2005 and was a successful entrepreneur as Owner/CEO of JadeCam Subway, Inc. from 2009-2016.

To residents of the Northeast Kingdom community and beyond, Berry’s most recognizable impact has been on Vermont sports though his creation of the sports live-streaming broadcast company, Northeast Sports Network (NSN).  Started in 2006, NSN provides local and regional athletes the same broad-based media coverage as top collegiate and professional teams, events, and organizations.

Lyndon Institute’s girl’s varsity basketball team returns to Division 2 this season after being bumped up to Division 1 in 2017. Berry said, "It is great that we are back in Division Two where LI has always belonged, and I hope that we can make a run to the 'Aud' where anything can happen once you get there."