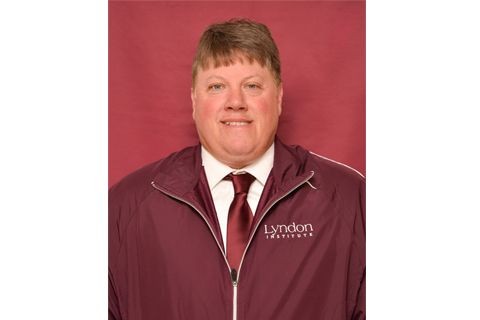 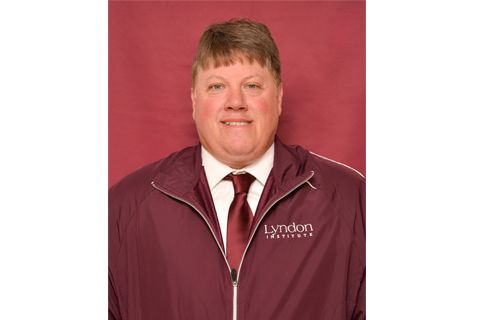 Lyndon Institute Head of School, Twila Perry is pleased to announce that Eric Berry has been named the school’s incoming Athletics and Activities Director.  In July, he will replace Paul Wheeler who is retiring after serving as LI’s Athletics Director for 16 years and report to Rob Heath, Assistant Head for Campus Life.

Berry’s extensive 30-year career in the field of athletics and broadcasting began when he was a student at Lyndon Institute.  He lettered in varsity football, basketball, and baseball, and graduated in 1985.  He went on to attend Lyndon State College and received a B.S. in Interdisciplinary Communications and Physical Education in 1990.

During the years 1990–2006, he served as Assistant Director of Admissions for LSC, Head Coach of the LSC mens basketball team, Head Coach of the LI boys varsity basketball team, and the Sports Director for the radio station WGMT, Magic 97.7 FM.  He served as Director of Recreation for the Town of St. Johnsbury from 2002-2005 and was a successful entrepreneur as Owner/CEO of JadeCam Subway, Inc. from 2009-2016.

From 2011 – 2018, he was the Head Coach for the LI girls varsity basketball team.  His success as head coach rewarded LI with the first Vermont State Championship for girls varsity basketball in 2017. He was also the first head coach to lead the Lyndon State College mens basketball team to a Vermont State Championship in 2001. He was voted Coach of the Year five times by his peers and is a Hall of Fame inductee for Lyndon State College basketball.

To the residents of the Northeast Kingdom community, and beyond, the most recognizable impact Berry has had on Vermont sports is his creation of the sports live-streaming broadcast company, Northeast Sports Network (NSN).  Started in 2006, NSN provides local and regional athletes the same broad-based media coverage as top collegiate and professional teams, events, and organizations.

From a simple idea that started in the basement of his house, Berry has grown NSN and its partnerships to include over 50 video production/webcast clients and over 500 sponsors of regional high school sports coverage across Vermont and New England with a streaming presence on the Internet of over 2,500 events per year.  With the help of highly skilled production and broadcasting teams, and their creative use of technology for web and live-stream access, NSN has become the “go-to” company for the live streaming of athletic events in Northern New England.

“I am honored to be selected as the next Athletics and Activities Director for Lyndon Institute,” said Berry.  “As everyone knows, I have been a lifelong fan of the Vikings since my days as a student athlete at LI and as a coach for their boys and girls varsity basketball programs.  I hope to continue the athletic legacy of LI, its great traditions, and enhance the opportunities for current and future student athletes.  I also want to thank the members of the selection committee, Head of School Twila Perry, Adam Norwood, Rob Heath, and the entire NEK community who helped to prepare me for this opportunity.”

"I've known Eric for many years, and worked closely with him during his tenure as our girls basketball coach.  Winning the first girls basketball state championship was something special.  There's only one first time, and Coach Berry, his staff and our team accomplished something no other girls basketball team at LI had done.  His many, many hours of volunteered time running the youth basketball program, his coaching experiences, and his overall commitment to youth sports in the Lyndon area will serve him well in this new role.  I wish Eric and Lyndon Institute's Athletic Program nothing but the very best,” said Wheeler.

In his new role, Berry will provide comprehensive oversight and coordination of the athletics and extracurricular programs at LI.  This includes all athletic event scheduling, transportation, policy compliance, facilities use, coaching and coaching certifications, Title IX compliance, representation of LI at state- and national-level meetings (VPA, NVAC, VSADA), and a host of other requirements relating to physical education.  In addition, he will supervise LI’s extracurricular programs.

“Eric has spent the better part of his life promoting, and advancing, athletics in our local area.   He has coached at both the collegiate and secondary levels.  Additionally Eric has worked to develop, and support, youth programs within our region as a facilitator and coach,” said Rob Heath,  Assistant Head for Campus Life.  “His efforts in creating the Northeast Sports Network ( NSN) have brought high school athletics, in our area, to the fingertips of the world.  We have families and friends watching our games around the US and the Globe.”

Posted in the category Front Page.

Announcement of Remote Learning Re COVID-19

In response to the COVID-19 pandemic, Lyndon Institute has transitioned all students, faculty, and staff off-campus to a remote learning/ work model since, Monday, March 16. Our school will remain open in this fashion through the end of the 2019-20 school year. We can be reached by email and all phone messages are being sent via email to the recipient should you need to get in touch with us. Stay safe and healthy!